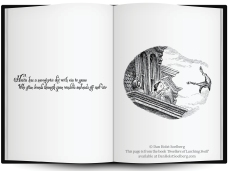 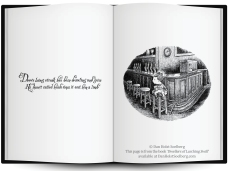 I’ve been working on things over the last few weeks that I can’t talk openly about because my clients don’t want me saying too much. I’ve also done some things in my personal life that I wouldn’t normally talk about here. But it’s been way too long since my last blog entry so I’m just gonna start writing and see what comes out. I’ll probably reveal too much, I don’t know.

Let’s start with the personal. First off, there’s less of me. Literally. Like most men, I have two delicate cords that connect a couple of valuable manly assets to my jewel area. (Sorry to get technical.) A few days ago, a section of each cord was deliberately disconnected, a piece was cut out of each, and all four ends are tied. I’m now sitting with a sensitive and swollen bean bag between my thighs where a smaller, less purple version used to be. 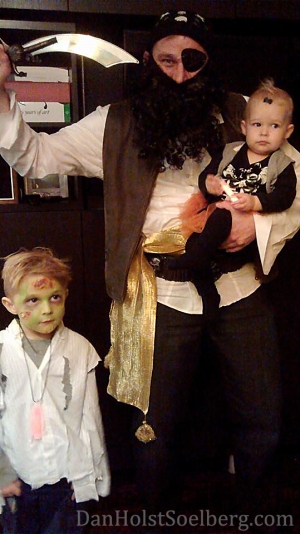 Oh yeah, Halloween happened somewhere in there too, didn’t it? Here’s a shot of me with my awesome children. I’m the guy trying to look like a pirate. Grey is my little zombie on the left and Shaw is dressed like a rocker.

A couple of weeks ago, Jaime and I explained to my son that I’m doing this so I won’t have any more babies. He was genuinely disappointed. He loves spending time with his little sister and wants more.

I, on the other hand, am happy with the decision, and I’m thinking we’ll leave this subject now. Men, feel free to uncross your legs.

My CN Tower stair climb time on the left, Katherine’s is on the right. I like number coincidences.

What else happened? Ummm. A few weeks back I ran up the CN Tower stairs again to raise money for the United Way. I think it’s my eighth time, and I was pretty relaxed about it. I’m usually trying to beat my best time, but I didn’t train this time around. Jaime and I brought a family member, Katherine along who was a fantastic companion. We woke up way too early on a Saturday morning, ran up the tower’s 147 flights of stairs and then gorged on an enormous breakfast at a gem of a diner. This is our CN Tower stair-climb tradition. I look forward to the breakfast as much as the stair climb. Maybe more.

I’ve got to say something about one of the projects I’ve been working on even if I can’t disclose salient details. It’s such a fun, exciting thing and I am barely able to hold back from telling you everything! An editor at a big publishing house in Toronto contacted me a few months back about working on a project. I took the train into Toronto, visited her office and we walked to a nearby restaurant for a lovely coffee and wonderfully fluid conversation. In short, I was floored by the passion she has for her work and the beautiful books she brings into being. I knew I had to work with her!

Throughout our meeting, I took notes and sipped my black coffee. Our conversation worked its way to an organic end and we parted. As I walked back to Union station I mulled over the meeting. My mind was wandering and a dime appeared in my path. I stopped. I picked it up.

That dime has acquired a tremendous amount of meaning. I’ll tell you about it next week.

P.S. – I want to end this article with a plug for my Christmas greeting cards. They’re available individually and sets of 10 on my online shop. They’re growing in popularity and I have restocked them once again!